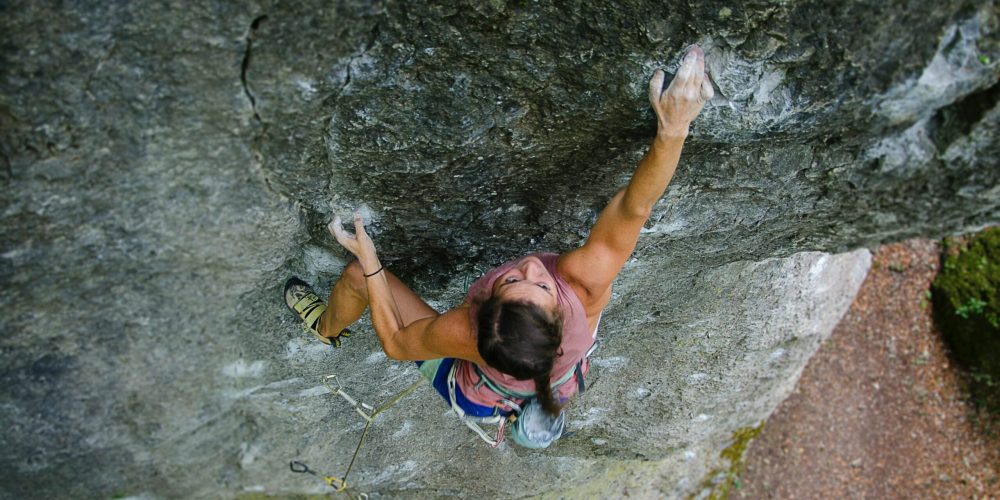 Rock climbing is no longer something new to us. It is an activity that almost everyone knows about, but not everyone has the opportunity or the guts to try it. Rock climbing is not an easy task. It takes a lot of skills, preparation, and know-how for one to complete the endeavour.

However, if you are one of those people who has decided to take on the challenge of rock climbing but do not know where to start and do not know what to do here is a complete guide for newbies on rock climbing. We will introduce to you the basics of rock climbing, terminologies often used, and climbing styles and techniques to answer all the questions as a newbie only. We hope that this helps you remove the mystery of rock climbing and in the end, you will be able to identify what type of climber you would like to be and the different kinds of disciplines you would like to try. This guide will make it easy for you to get started.

You have done your research by now through the internet and chances are, you have stumbled upon or even heard about indoor climbing gyms. As the name suggests, these are the type of gyms that offer rock climbing experiences indoors. They aim to replicate natural stone surfaces through the use of artificial walls, handholds, and footholds as the crevices of an actual surface. These gyms typically have different artificial rock surfaces with varying difficulties marked at the top of the stone walls by its name and grade. An indoor climbing gym can offer you the best of rock surfaces all in one place.


An indoor climbing gym is customarily divided into three disciplines: Bouldering, Top Roping, and Lead Climbing. These three vary in different styles and techniques used in climbing, but basically, they all have the same goal. That is, to reach the peak of the rock surface,

Bouldering is a type of discipline that may look like the most dangerous of all. Unlike the other two disciplines, Bouldering does not use ropes or harness for protection when you fall. Instead, they use crash pads (which is a thick padded mat) for protection. Routes (or what they typically call “problems”) in Bouldering are not more than 20 feet tall. Usually, a partner while climbing is not necessary, but spotting is an essential skill one need’s to have in Bouldering.

Indoor routes (or “problems”) can significantly vary. Since all you need to have are your rock climbing shoes and chalk, and a little training (which is very important), Bouldering is an entry point for new climbers or newbies. As such, many indoor climbing gyms are becoming more adapted to this kind of discipline.

Top Roping is the complete opposite of Bouldering. In this type of discipline, the climbs are protected by a rope which is situated from the top of the route and falls full to the ground. The line will serve as a protection and harness of each climber while taking the route. Top Roping is considered to be the most popular discipline among the three. Since the rope used prevents the climber from taking significant falls, this discipline is less demanding in its physical sense. Top Roping routes are often marked with cards at the start of the course to identify its name and grade (difficulty).

The difference of Sport (Lead) Climbing to the other two disciplines is that there is a predefined route and the climbers use fixed bolts on the wall surface for protection. The climber will work his way through the route with a rope tied to a harness and placed on a bolt to prevent them from falling. Quickdraws are two non-locking carabiners connected with a webbing. These quickdraws are pre-placed along the route, so the climber only has to clip the rope on each carabiner while climbing.

Sport (Lead) Climbing needs to have a lot of dedication and commitment. This is a massive tendency for the climber to encounter sudden fall (or often called a “whipper”) and the distance of the fall will be twice as much between the bolts.

Indoor climbing gyms may be the end of the road to some, but in reality, there’s more to rock climbing than meets the eye. While gyms can provide a convenient, safe environment, and fun for enthusiasts, nothing can compare on outdoor rock climbing where variables such as the weather, rock and scenery are continually changing. Both indoor and outdoor rock climbing has the same principles as they use the same gear and equipment and climbing and the goal is to reach the summit. But with outdoor climbing, the participant must be knowledgeable enough as different locations have different weather conditions and climbing ethics. If you are already comfortable on indoor climbing gyms, there’s no reason why you should not try changing the scene.

We will inform you of the difference between indoor and outdoor rock climbing, the systems used, and some points which are only exclusive to the great outdoors.

We learned that crash pads are used for protection in Bouldering. Similarly, Bouldering outdoors also use crash pads which are typically smaller than the regular and can be worn as a backpack for portability.

Top Roping outdoors is not always the choice as the climbers need to consider the difficulty of the route, where there are trees or similar structures where you can anchor the ropes, and where bolting is permitted. The rock surface should allow the climbers to ascend even without the protection of the leader.

In the outdoors, Lead Climbing is considered as the most popular. The leader of the climb will just have to clip into the bolts embedded within the route. Once the leader reaches the summit, it is only then that the climber can create an anchor using a rope.

Traditional Climbing or Trad Climbing as they usually call it is a type of discipline where the lead climber places removable protection pads along the routes to protect the succeeding climbers from falls. Ethics are in place on this type of discipline as the last person to climb has the task to remove all the protection pads as the climber ascends leaving no traces behind for the next set of climbers to enjoy the beauty of nature.

If you are the type of climber who seeks full-on adventure, this is the type of discipline for you as Trad Climbing has no pre-determined route. Your imagination is the limit on which course to take and which place to climb to. With that being said, Trad Climbing puts the climber at a higher risk than those who do Lead Climbing.

Free Climbing and Soloing are confused with one another. When Free Climbing usually relies on natural rock features and crevices to help himself up with ropes and protective equipment used only to protect from a fall, Free Soloing does the same but without the aid of ropes and protective gear. The climber will solely rely on his skills and ability for the climb, which can be considered the most dangerous and riskiest of them all.

Rappelling is the descent of a climber by himself. It is a controlled movement usually with the aid of an anchored rope tied to a bolt or a tree which is left behind before the climber starts ascending. Rappelling is used when the climber reaches the summit and needs to descend, or the climber bails out halfway through the climb. It is also used if the route is deemed unsafe or dangerous for the climber to pursue.

The length of the route is often measured by the number of pitches that are needed to reach the end of the climb. A pitch is a section of the rock which is steep and will require a rope between two belays. There are two types of route length: Single-Pitch Climb and Multi-Pitch Climb. For a Single-PItch Climb, the route can be completed in a single pitch whereas the Multi-Pitch CLimb has interconnected pitches to complete the route.

A pitch length can be determined by different factors such as the length of the rope, the line of sight of the person measuring, convenient belay stations, probability of having a good rock, and the ability to communicate.

Like any other sport, rock climbing needs gear and equipment to pursue the endeavour successfully. Here are the basic things that you need to have for you to get started.

A pair of shoes protect our feet as we all know and similarly to rock climbing; a couple of rock climbing shoes is essential for protection. It also serves as an aid for climbing rock surfaces. There are a lot of types of rock climbing shoes you can choose from but choosing your preferred footwear depends on the kind of discipline and technique you would like to have.

Climbing ropes protect a climber when you fall. The rope has two components structured in it: the Core, which provides the strength of the rope and the Sheath which protects the Core for secure handling. Climbing ropes also have two categories: Dynamic Ropes are designed with elasticity and absorb the tension of the climber when you fall and Static Ropes which are used for anchoring, for bringing gears up in the climb and for rappelling.

A Harness is used to connect the climber to climbing ropes. It consists of a waist belt and leg loops which are reinforced and padded for a stronger hold.

A Belay Device is a device that serves as a stopper in the event of a fall. It can also be used for rappelling or for lowering a climber.

Belay Gloves are worn to protect the hands from rope burn. It is also used while rappelling.

Carabiners are metal loops that serve as a connector. There are two types of Carabiners: Locking Carabiners which prevents the gate from opening while in use. They are often used for critical connections like anchoring or to attach the climber in the middle of the rope. On the other hand, Non-Locking Carabiners are used in attaching the rope to a piece of protection.

Chalk is used to remove the moisture from the climber’s hands usually from sweat.

Double-checking is an essential part of rock climbing. You should be able to perform this with your climbing partners as this will prevent mistakes and even fatalities during the climb.

While double-checking is essential, communication is equally important. Giving clear instructions while contact with your fellow climbers is very crucial to avoid misunderstanding, improve the efficiency of the climb, grave mistakes, and even fatalities.

Familiarize yourself as well with the usual call-outs during the climb as this will help you on the situation and where your team is during the duration of the climb. By utilizing these types of effective communication, your team is guaranteed with successful climbing experience.

Rock climbing can be intimidating to some, but when you get a hold of what you need to do, everything will be just as easy as everyone thought it would be. It is one of the most rewarding and fulfilling activities that you can do while having the best of what our world has to offer. Always remember that you should come prepared and do some research. Start from the easiest and work your way up to the most challenging routes.

View all posts by admin →

If you've finally given in and decided to give ro

The health benefits of rock climbing

If you are the adventurous type and an adrenaline